You are here: Home1 / Geek News2 / The Best Desktop Computers For Businesses in 2022

The best desktop computers for business

Desktop computers are the unsung heroes of business. When best fulfilling their purpose, you don’t even know they are there. But when desktops encounter trouble, perform slowly or fail, they can bring an operation to an abrupt halt. By investing in reliable desktop systems, organizations can help ensure business continues uninterrupted.

Just what makes a good desktop and why are they sometimes better than a laptop? Let’s take a look.

Desktop computer advantages versus a laptop

Desktop computers’ size is one benefit. Because desktops can consume a larger footprint, systems manufacturers can better space components that generate heat, such as CPUs and video cards. Motherboards can be larger, cases can use more and bigger fans and components need not be sandwiched on top one another. The combination works well for systems designers and accommodates building potent computers capable of efficiently performing multiple tasks simultaneously.

With desktops, component manufacturers don’t need to emphasize miniaturization. It’s long been easier to manufacture components that are powerful if a bit larger. Laptop designers, as a result, sometimes must make difficult choices. With desktops, that’s not the case. OEMs typically can choose from a broader selection of CPU, video card and even memory chip and hard disk models. The result is desktop computers—whether discussing Windows machines or Macs—have almost always boasted improved performance for the price versus portable notebook brethren.

Their size and space advantages provide desktops with another benefit: it’s easier for motherboards to physically be larger. With a larger motherboard comes the ability to accommodate additional drive bays, including for additional hardware cards, disks, memory, optical drives and other items.

Whereas laptops often feature no additional space to accommodate expansion, don’t support even adding RAM and users can void the warranty by even attempting to open the shell or case, many desktop manufacturers promote the fact their models feature tool-less cases, meaning users and administrators can open a chassis without even needing to reach for a screwdriver.

Businesses have typically paid a premium for laptops due to manufacturers’ need to miniaturize common desktop components, such as CPUs, network adapters, hard drives and graphics processors. Because, as mentioned earlier, it’s always been easier to build components that are a bit larger, desktop computers offer businesses better value.

For the money, businesses almost always receive better performance and more storage for the money, as compared to a laptop. This is especially true considering laptop manufacturers also incur costs including an integrated display with their notebooks.

When it comes to keeping a system running, desktops are just easier to maintain. The computers, most commonly deployed to fixed locations, don’t suffer the bumps, jolts and drops to which mobile laptops are consistently subjected.

Desktops are larger, providing for larger vents and fans. Cleaning these critical areas is easier with a desktop, which benefits from the simple ability to open the case and physically clear dirt and debris from both sides of a systems’ chassis. Take it from a consultant who’s spent almost two decades cleaning and supporting systems for clients working within a variety of environments; it makes a difference.

When components encounter trouble, or when a replacement is required, desktops are simply easier to fix. Because cases are easily opened, components are larger and individual items can be reached without having to disassemble the entire unit, corresponding support and repair costs are less, too.

Reliability, warranty coverage and cost are three significant factors to consider whenever considering the purchase of a desktop computer. Each of these elements significantly impacts the value an organization receives when selecting a vendor and specific model computer.

A PC that provides inconsistent service can be a nightmare. Often firms just bite the bullet and pay repair costs—some computer warranties cover only short periods of time—to get back up and running. But once you think a system is fixed—especially when your office’s payroll administrator or accountant is dependent upon that machine to perform their work—the PC fails again. In such situations businesses often feel obligated to spend another one-hundred fifty to two-hundred dollars, including repair service costs, to replace a failed power supply in a desktop that just recently had a hard disk replaced.

Organizations should seek desktop computer manufacturers that provide three years of warranty coverage, or at least the ability to extend hardware warranty coverage to three years. Expanding coverage much beyond three years typically doesn’t make much sense, especially as data available from a variety of reports confirms keeping systems in service longer than four or five years typically result in corresponding support expenses that exceed the cost of a new replacement.

Pay close attention, too, to the details of the warranty coverage. Organizations should avoid hardware warranties in which desktop computers must be returned to the manufacturer for service. Having to return a system, and being without a replacement for potentially weeks while the unit is in transit, is an unacceptable situation for most small and medium businesses to accommodate.

Instead, seek desktop models that include a three-year on-site repair warranty. Such coverage assures organizations that, should a problem arise, the vendor will coordinate repairs at the client site, which saves considerable time and expense.

Cost is but one component of a good desktop computer. Expense, however, is a priority for most every organization. Subsequently, the cost-to-value ratio remains an important consideration for most every desktop computer purchase. Fortunately, pricing adopted by most major hardware vendors—Dell, HP and Lenovo among them—consistently ensures the industry operates with tight margins, meaning it’s unlikely businesses will receive bad value when purchasing business-grade systems from these vendors.

Apple desktop computers, however, offer a slightly different cost proposition. We’ll explore the differences associated with Mac minis and iMacs in the next section.

For most Windows desktops purchased from reputable vendors, though, there’s typically little wiggle room. So, instead of worrying of paying too much for a desktop, business owners might be well served remembering to ask whether they’re actually paying enough. Front-page ads from big-box retailers’ advertising circulars, heavily advertised Black Friday doorbuster specials and even Costco pricing can prove misleading, as those systems often don’t include professional versions of Windows, which are required to join corporate networks, leverage security administration features and fulfill other common business-grade operations.

Certainly, quality components and three years of on-site hardware warranty service contribute to the expenses associated with a desktop computer. Organizations, correspondingly, should expect to pay more for business-grade systems than for Windows systems designed for home use and those possessing shorter, less-inclusive warranties.

When working with particularly tight budgets, business-grade systems that have suffered minor dings or dents or those maybe being returned to the manufacturer due to an incorrect order or a client ordering too many systems pose an opportunity. Manufacturers almost always feature “outlet” sales on their websites, where such systems are frequently resold. Not only are such systems usually discounted in price, but original warranties are included. And, considering supply chain issues emerging with the pandemic, these outlet units pose another advantage: the manufacturer actually has them in stock, which means organizations can usually receive them in just a few business days.

The best desktop computers for business

So what are the best desktop computers for business? The answer, as is so often true, depends upon several factors.

What type of functions does the computer fulfill? For example, is the system for data entry or developing scientific models and crunching complex mathematical calculations?

In what type of environment will the computer be used? Is the area subject to heat, dust and vibration, or is the office location clean, dry and air conditioned?

Not to be left out, many businesses–especially those using macOS applications–can choose from Apple iMacs or Mac minis, while Mac Studios and Mac Pros target higher-end professional responsibilities usually requiring more specialized equipment.

The Dell OptiPlex series, whether working with the 3000-, 5000- or 7000-series, offer robust business desktops at competitive pricing. Perhaps more important is the ease with which organizations can customize individual OptiPlex components, including the specific Windows version as well as processor, hard disk, graphics card, optical drive, wireless connectivity, memory and warranty coverage selections.

The same proves true for HP ProDesk equipment. Whether working with micro towers or mini or small form factor (SFF) desktops, these HP computers permit businesses to customize several components, including the hardware warranty coverage, according to their individual needs.

The typical Apple desktops—specifically the iMac and Mac mini—are reasonably customizable. With the ability to specify processor, hard disk and memory upgrades, businesses can tailor these systems to meet specific requirements. And while Apple systems present higher price points, they frequently land on “best business desktop” lists for a reason. When realistically comparing performance and reliability, Apple devices offer solid value and, in a pinch, can also run Windows, although organizations will be well served to consider why they’re purchasing a Mac if they remain dependent upon Windows-specific technologies.

Businesses should remember price is only one component influencing a desktop purchase. The ability to add or exclude specific components, a system’s expected three- to five-year reliability experience and warranty coverage options remain important considerations that, ultimately, help determine the overall value organizations receive when making a purchase.

STILL NOT SURE WHICH DESKTOP COMPUTERS ARE RIGHT FOR YOUR BUSINESS?

We are here to help you make the best technology decisions for your business. Click the button below and a representative from Lexington Geek will be in contact before you know it. 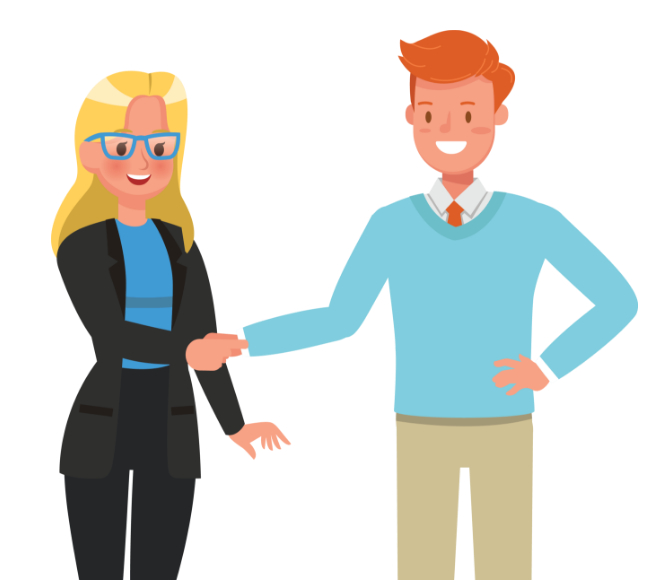 Lexington Geek is a sister company of Louisville Geek, headquartered in Louisville, KY. LexGeek provides IT support for small to medium-sized businesses throughout Central Kentucky.

Louisville Geek is a privately-owned Information Technology company that provides comprehensive managed IT services for small to medium-sized businesses and organizations throughout central Kentucky and the greater US.